Mary isn't sleeping too well these days. She usually wakes up early in the morning and then can't get back to sleep.

Mary isn't eating too well either. She finds she's just not hungry and so is losing weight.

Her husband noticed that she sits around the house most of the day and does very little. She doesn't get out to visit friends as much as she used to, and their sex life has really gone downhill.

Needless to say, he's worried and hurt, and wonders if there is anything he's done or failed to do that has affected their marriage. And when he's really honest with himself, he wonders if she still loves him.

Mary would probably describe her mood as blue, or low, or sad. She finds herself crying often but doesn't know why. She is often tired, and can't make the simplest decisions, and so sits and does nothing. She is really quite disgusted with herself for being the way she is, and thinks of herself as a pretty worthless, useless person.

What is most discouraging for Mary is that she can't see any hope for change or improvement. She doubts if she'll ever feel better and that doubt makes her feel even worse.

Depression is becoming the number one mental health problem in the United States today. It has been estimated that fifteen percent of the adult population suffers from some degree of clinical depression. Not only can depression be extremely uncomfortable for the person who suffers from it, it can also strain his relationship with his family as Mary's example shows.

My own approach is to look at depression from three different levels - biochemical, psychological and psychosocial - which act singly or in combination to produce depression. 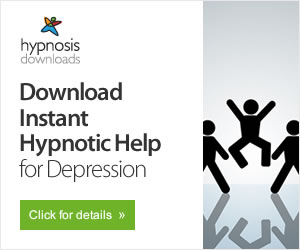