Paul MacLean is best know for the evolutionary triune brain theory that proposed that the human brain was in reality three brains in one: the reptilian complex, the limbic system, and the neocortex.

Paul D. MacLean (1913 – 2007) was born in Phelps, N.Y., and graduated from Yale University in 1935. He received a medical degree from Yale in 1940. Paul MacLean was an American physician and neuroscientist who made significant contributions in the fields of physiology, psychiatry, and brain research. His main contributions were done at Yale Medical School and the National Institute of Mental Health.

Paul MacLean: "triune brain" model , explain the evolution of the human brain by proposing in 1964 that it was actually three brains in one, each with its own intelligence, subjectivity, sense of time, space and memory: 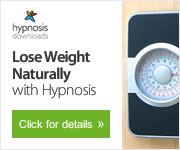